Do you remember when you first got a smartphone? Probably some time in the past decade? The one thing we can say for near certainty is that if you’re reading this article, you almost certainly DO have a smartphone (even if the screen might be a bit cracked!). We know this because you’re just one of 5.2 billion others with a mobile phone. For point of comparison, the global population is just south of 8 billion at the moment.

But like those other people, you probably use your mobile phone more now than you even did when you got your first smart phone! In the early days when it was a novelty and data was more expensive and slower, like the rest of us you probably just used it for work or for odds and ends. Now, forgetting your phone at home is a greater catastrophe than forgetting the keys. All of this is why the global share of mobile commerce in e-commerce has increased to 72.9%, up from just over 50% 5 years ago. 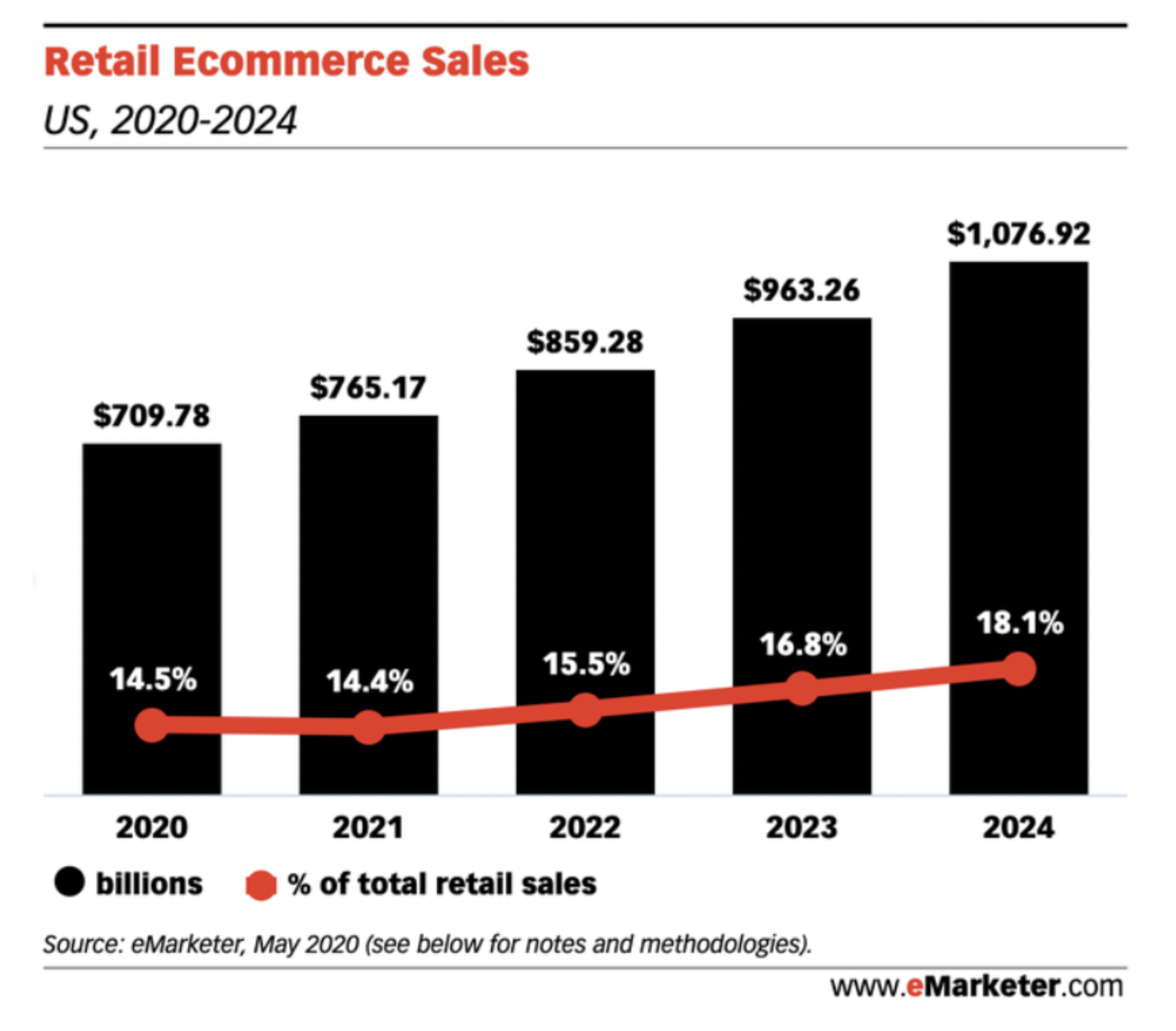 As you can see, nearly 20% of all retail sales are projected to come from ecommerce within 3 years. This means that almost all successful businesses in the near future will feature an ecommerce app.

How to tell if your business in particular really needs an ecommerce app? Or if it doesn’t.

Well, as we’ve said, within the next few years probably every single business needs to be thinking about an ecommerce app, given the way people use their phones to do more and more of their shopping. But in particular,

Honestly, it’s fair to say that there are some businesses that need to build an app more urgently than others, but even if your business falls under the above points (1) and (2), you’re still going to need an app soon. That’s because:

Benefits of an ecommerce app

The basic facts are that the way the market is going, every business is going to need an ecommerce app at some point in the future. As everyone in the world gets used to using their smartphones on a daily basis, and gets used to using their phones to buy the goods and services they love, companies without apps will be left behind. On top of that, building your own app gives businesses the ability to customize and personalize their product to their users specifically, increasing loyalty, building brand awareness, and improving conversion rates. So ultimately what you do with your business is up to you, but the direction things are trending couldn’t be clearer.

Provide a Mobile App to Boost Your Customer Retention

How to Make Your Brand Unique and Desirable with Product Personalisation

In today’s individualist societies, plural pronouns are either mere redundancies or accumulations of an infinite number of “I”s, which led many recent marketing efforts to focus on distinction and standing […]

How NOT to build an e-commerce app

From the idea phase to application: what are the mishaps to avoid? Developing a wildly successful ecommerce app is the easiest thing in the world to do. Just start selling […]